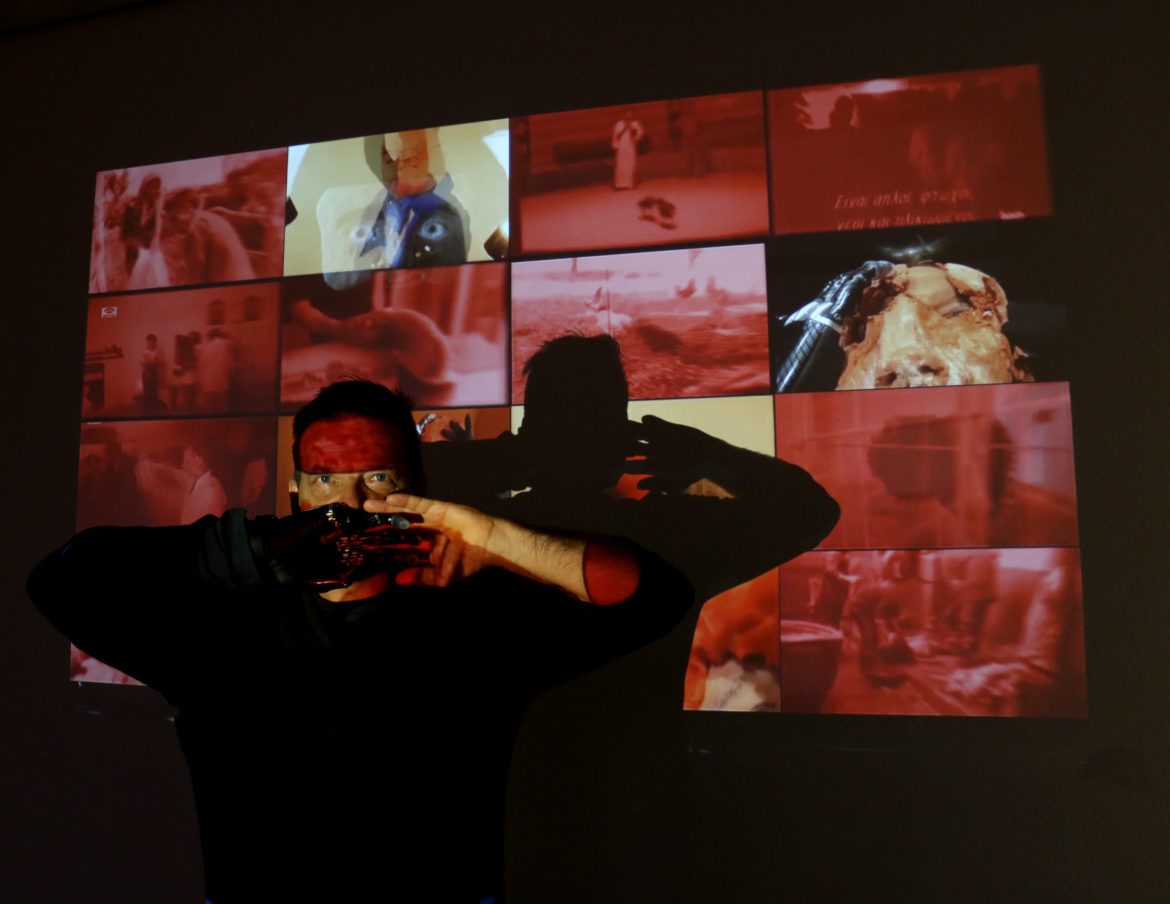 This work is composed together with Greek artist Marina Provatidou. The composition of both Greek and Chinese culture is the original idea of this work. Through such thoughts, the incentive could lead to the composition in the form of artistic work: real-artificial, south-north, genders-nationalities, old-new ideas, and past-present desires. The composition contains the conversation and the conflict which does create a debatable, but interesting perspective.  The composition remains differences based on language, gender, religion, ethnicity, etc.  On the occasion of the research on diversities, these two artists pose the question between human beings and nature, they integrate the question into two different forms of medium – film, and interaction. Through the two-different expressive mediums, the artists have constructed animal masks and attempt to demonstrate the beliefs and everyday habits that apply in the time where animal rights are being violated. The audience, via interaction, will realize that they are in the unpleasant position of the animal and is accompanied by sounds of traditional organs derived from the sacrifice of animals.  The artists try to establish the existence of the threat, the power, and the respect, with which the audience confronts and reflects via this artwork.

Exhibition view. BE DIFFERENCE-COMPOSE TOGETHER was exhibited at ALBERT VAN ABBEHUIS (Eindhoven, the Netherlands) from 13 May to 4 June in 2017.