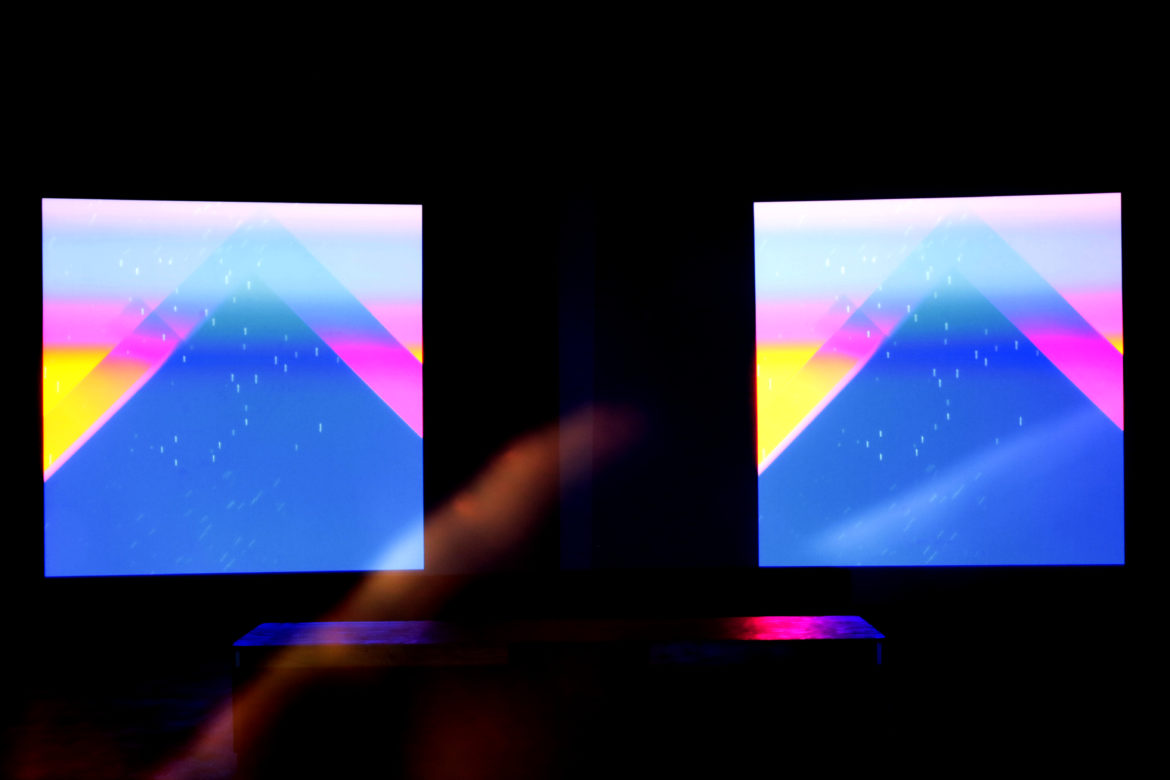 MOUNTROTHKO consists of the three scenarios “day”, “noon”, and “night”. MOUNTROTHKO is presented as a single interactive installation which contains hundreds of thousands of single frames, and 37 limited edition prints. The prints feature the selected frames from three series that are derived from the same spatial composition. Each individual piece honors the attention to coloring, layering, and composition of forms, forms flow off and away from the surface of the projected canvas, yet extends perceptive qualities through time. The concept of the scenarios is to explore different interaction styles and create gradually more dynamic aesthetics in the theme of mountain formations, light, and particles.

As a series of interactive art, MOUNTROTHKO aims at fusing the immediacy of interaction with the qualities of traditional art pieces from artist Mark Rothko. Inspired by the specific painting techniques that Mark Rothko explored in the 1950s, MOUNTROTHKO is blending all of the background colors together meanwhile leaving hard outlines in the foreground which would visually locate the form in space. It allows visitors to shift attention, at the same time read one image quite literally through another. Through veils of images, visitors could see the overlayer and the underlayer because layers of images are transparent and overlapping each other from background towards the foreground, back and forth. The visitor will never experience a finality within this interactive artwork which is one that almost unravels in time. MOUNTROTHKO is a multi-layer rendered visual installation by using voice track and position track at the same time. White particles in this artwork have a depth of field rendering. Particles themselves are not rendered as dots but as complex composite shapes. The Kinect tracks the position of visitors and changes the theme according to the horizontal position in space. The energy of sound in space is filtered in the two-step process that determines the increment moment of the mountain starting from a randomized baseline. The energy of sound in space also controls the amount of horizontal movement of particles.

MOUNTROTHKO was set up and experienced in LG -1.17a LaPlace at Eindhoven University of Technology (the Netherlands). The projected image was 2.5m*2.5m. The final installation setting had parallel images. The entire installation space was 6.5m*8m*4m.