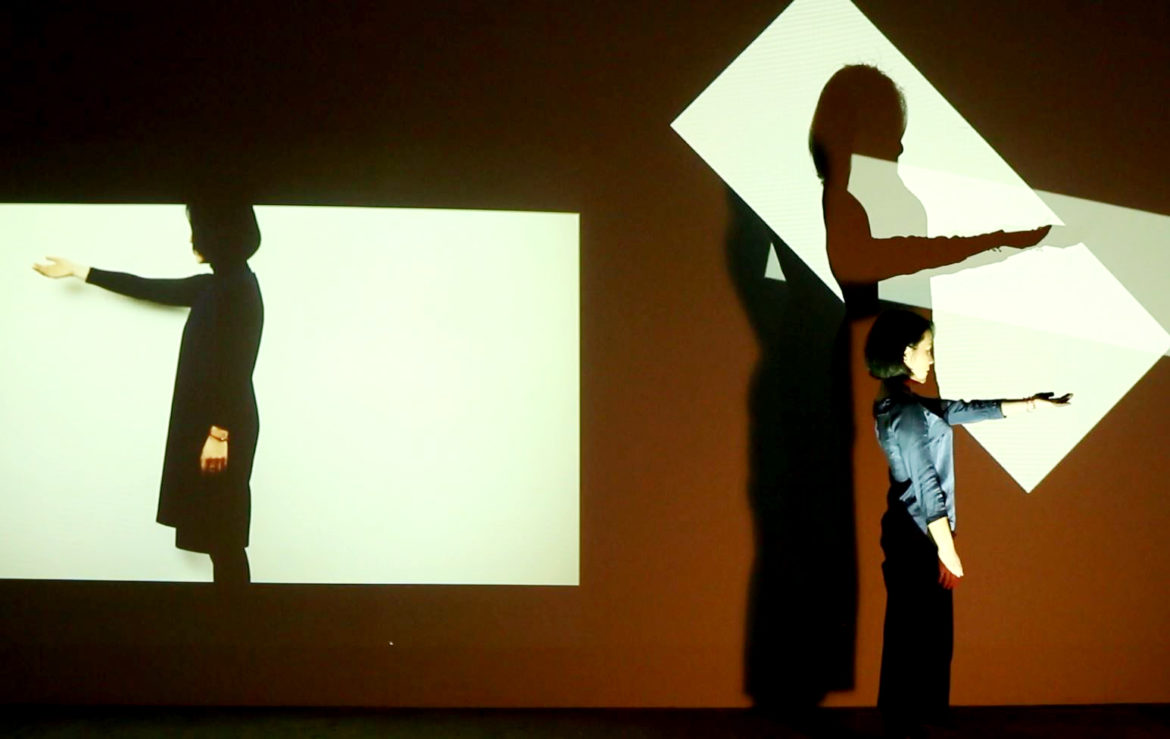 UNNAMED is an embodiment of the interaction and cross-merging of multi-art forms. Through setting up a stage, this artwork is the exploration of fictional actions (in the film and on the stage), ways of reactions (by performer’s body and by the interactive system), and process as art. This real-time interactive performance takes place upon a square, which functions as a stage and as a screen. A film-themed in “Pattern of Lost” is projected on the left side of this stage. In the meanwhile, a performer is lit up from the backstage to the right of the stage with the appearance of the film images. During this passage, two bold white lines appear onstage and traverse the performer’s body. The digitally projected lines and the performer perform the same movement while both moving in the same direction and at the same speed. The lines move forwards and backward in coincidence with the performer’s movements, as she shifts her body. Gradually, the lines are crossing each other and rotating around the performer. The lines form silhouettes around the performer’s body and expand together with the performer’s movements. In addition, the silhouette intensifies its amount of light as the performer intensifies the force of her movements, in particular, the movements of her arms. The scene continues with the film, the performer and the lines overlapped each other. Finally, the performer walks towards the performer in the film then she stands still and looks straight as the white lines slowly shrink down to exceedingly thin lines in the dark before disappearing.